Michelle Lewis writes happy songs that bring tears, and sad songs that evoke smiles. Her music is rich with melody, and her lyrics seek beauty in the face of sadness. Too refined to call folk and too personal to call pop, as a singer/songwriter Michelle's music is uniquely intimate, and surprisingly polished. As a storyteller, she writes intensely visual songs that explore the emotional remainders in burgeoning and breaking relationships.

Michelle Lewis picked up her father's acoustic guitar at the age of 14 and quickly abandoned interest in everything else. She honed her songwriting at Berklee College of Music in her hometown of Boston, and went on to tour the United States behind her first album, This Time Around (2004). She has been a long time collaborator with producer Anthony J. Resta (Elton John, Duran Duran, Shawn Mullins). Their work has included the release of her Broken (2009) and Paris (2011) EPs, and most recently her second full-length album, The Parts Of Us That Still Remain (2014), with songs co-written by Nashville favorite Robby Hecht and LA sound designer Conan Skyrme.

JL: What is the story behind your song "Run Run Run"?
I originally wrote "Run Run Run" for a friend who was making a documentary about running the fastest marathon of his life. A month later, the Boston Marathon bombings happened, four blocks from my apartment. When I played a show in Boston the very next evening, the meaning of the song changed forever for me. It will always be a song close to my heart because of the way that people reacted to it after the bombings. It was a real honor to inspire so many people and it will always remind me of home.

JL: Why do you write music?
I write music because it brings me joy, and maybe it will bring others joy, too.

JL: What inspires you?
I think hard times are the easiest places to find inspiration. I find inspiration from both my own experiences and those of people I know. Even when I’m writing a song with someone else in mind, I think there is always a piece of me in it.

JL: What are your fondest musical memories?
I loved listening to my dad’s record collection when I was young. It was mostly singer/songwriters of the 60s and 70s like Paul Simon, Jim Croce and James Taylor. I remember listening to Simon and Garfunkel’s "Bridge Over Troubled Water" over and over on the record player in our basement.

JL: If you could open a set for anyone, who would it be? Why?
Probably Paul Simon, because maybe he would invite me to sing Garfunkel's parts on stage with him. I'd probably just cry the whole time, though.

JL: Why is independent music important to you?
I like the idea of artists being able to stay true to their art and vision, and not having to conform to what record companies think people want to hear.

JL: What is your advice to fellow independent artists?
Don't undervalue yourself.

JL: When is your next release coming out?
I'm writing my next album now, so hopefully within the next year.

JL: Have anything else you want to say?
I've got some shows coming up in Southern California this month, check out michellelewismusic.com/shows for details!

JL: Would you like to make a shout out to anyone?
My favorite Red Sox player of all time, Big Papi. Thank you for everything, we'll miss you. 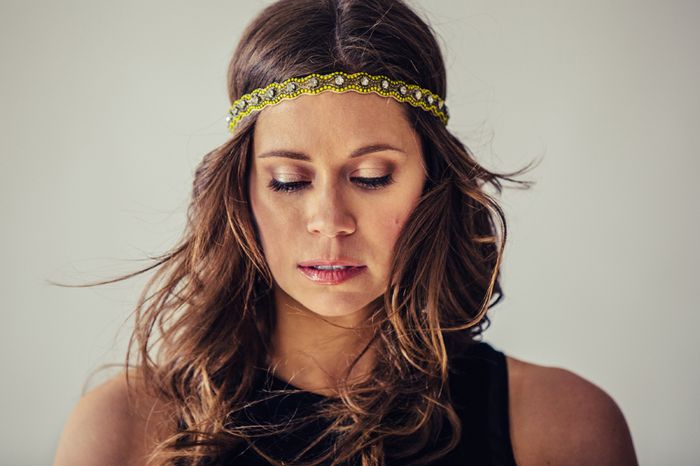