“Trade your coins for a handful of wildflowers & let the summer rain sing you to sleep.”
– From “#8””

Matt Wheeler’s songwriting has gained a reputation for its crisp, taut lyricism & poetic, honest approach, & for its ability to paint vivid pictures with words. Balance that with the rhythm section’s driving bass & drum groove together with the haunting & sweet strains of the violin & the cello, & you have an orchestral folk sound that will draw you in & reward repeated listens. Live shows add in Matt’s signature inviting & fun stage banter. Matt Wheeler & Vintage Heart's songs have sparked the interest of WXPN, WJTL, Fig Magazine, Fine Living Lancaster, Good Day PA, Fox 43, & numerous other media outlets.
Called a “Lancaster treasure” by PennLive, Matt Wheeler & Vintage Heart has been spreading its words & music from its central Pennsylvania home to listening rooms, churches, bars, house concerts, & festivals throughout the Northeast.
The band's sound draws influences from the storytelling singer-songwriter tradition of James Taylor, Josh Ritter, Glen Hansard, and Denison Witmer.
“Matt’s Strings EP caught my attention, especially the violin & cello on the song “Avalanche”. Now with the help of his fans he has released his debut album showcasing his warm sound & heartfelt lyrics. If you are a fan of Josh Ritter give a listen to Matt!”- Helen Leicht, WXPN Philadelphia

JL: What is the story behind your song "River (A Dark Chase)"?
MATT WHEELER: I like to say that I enjoy reading the books that they make you read in high school & college. "River (A Dark Chase)" is based on a chapter from Victor Hugo's "Les Miserables" that is titled "A Dark Chase Requires a Silent Hound" - a truly epic chapter name. It is written from Jean Valjean's perspective, addressing Javert (except for the bridge, which addresses Cosette). Classic literature is class for a reason - the stories are timeless, & they are just good writing, which, in my opinion, makes for great material for songwriting. And you don't have to have ever picked up the book to appreciate the song.

JL: Why do you write music?
MATT WHEELER: Before I started songwriting, I wrote poetry - writing is a true passion of mine. I love to put a creative work out there, vulnerable as that may make me, & see other people resonate with it. I feel that I was meant to make people think & feel through my poetry set to music.

JL: What are your fondest musical memories?
MATT WHEELER: Playing Club Passim in Boston in 2013 - it was a songwriter's round that included Max Garcia Conover, who has become a good friend since then. Just a great, attentive audience in a prestigious folk club.

Also, at a recent show in West Chester, PA, a 30th birthday party was going on, & likely half of the audience was there for that. The sound man told me the birthday boy's name, & we sang "Happy Birthday" to him along with the crowd, &, a bit later, I invited him to lead the backing vocals on our song "Indigo". He brought it - mu;ch to the delight of everyone there. It was a memorable moment that was made even better when I spoke with him after, & he told me, "You don't understand - I've been waiting for this moment all my life." He stepped up.
Lastly, my band played a show in Harrisburg a year or so ago, & after our set was over & another band was playing, we met a lady who arrived after our set was over, & she was disappointed that she missed us, since she came specifically to hear us. We decided to play her her own short acoustic set out of the deck, & she loved it, as did the venue folks, & us.

JL: If you could open a set for anyone, who would it be?
MATT WHEELER: James Taylor. Glen Hansard. Josh Garrels. Great Lake Swimmers. Kings of Convenience. Denison Witmer (that one is happening this summer).

JL: Why is independent music important to you?
MATT WHEELER: There is just something pure & wonderful about artists being able to make music they way that they want to, without having to give up creative freedom. It is a wonderful time to be an independent musician - even though there is a ton of other music out there now, opportunities abound for artists who are willing to make connections, put in some hard work, & just ask.

JL: What is your advice to fellow independent artists?
MATT WHEELER: Stick with it. Do your best to be thick-skinned, & don't let one poor performance - or audience turnout - be an indictment on your whole aspiration to be creative or your own personality. If you make mistakes on stage, laugh it off, be human, but don't freeze up - that just makes everyone uncomfortable, not the least of whom would be you. Work together with your fellow artists - you don't have to be competitors; work to be a community & support each other.

JL: You are working on a new album release, right?
MATT WHEELER: We will be releasing our new album, a self-titled full-length album, early this summer. It is currently in the recording phase.

JL: Have anything else you want to say?
MATT WHEELER: Thank you for the work you do to support independent artists & build the scene. We really, really need people doing the sort of work that you are doing. 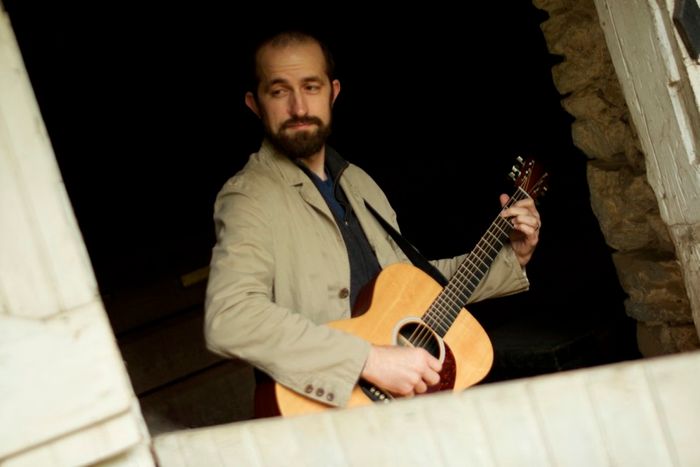