That simple line atop Elephant Revival’s Facebook page contains only five words, but reveals volumes about the band’s reason for being. Music unites us in ways that no other medium can. Even when we don’t understand one another’s languages — we can be moved by a rhythm, soothed by a song. Brought together by a unified sense of purpose — the spirit of five souls working as one, in harmony, creating sounds they could never produce alone.

This Nederland, Colo., quintet are, needless to say, quite a sound to be experienced — especially when they fall into the pocket of a groove containing elements of gypsy, Celtic, Americana, and folk.

The Indie Acoustic Music Project simply labeled their sound “progressive edge.” At least, that’s the category in which it placed the band when it gave their Ruff Shod/Nettwerk Records release, BREAK IN THE CLOUDS, a best CD of 2011 award. Elephant Revival’s later THESE CHANGING SKIES (Thirty Tigers) release went on to win best CD of 2013 in the same category. It’s as good a label as any to convey what Dango Rose has described as their mission: “to close the gap of separation between us through the eternal revelry of song and dance.”

Elephant Revival also shares a commitment to responsible stewardship of the planet and its inhabitants, working with organizations such as the Conscious Alliance, Calling All Crows, Trees Water & People, and other nonprofits supporting humanitarian causes. Their very name was chosen out of empathy for a pair of zoo pachyderms who, upon being separated after 16 years, died within a few months of each other. The band related that heart-rending story during their April 2012 debut on fellow Coloradans Nick & Helen Forster’s internationally syndicated “eTown” radio show — like Elephant Revival, a blend of music and social consciousness.

Sitting in the audience during their performance, one music blogger was moved to write, “Elephant Revival serenaded the crowd with arabesque melodies, harmonies and rhythms that braided and coiled into a sublime aural tapestry. Their instrumental dynamics, verse, and even the harrowing story that inspired their appellation, invoked the majesty, mystery and sorrow of Mother Earth.”

Campout for the Cause festival organizers put it this way in an affectionate shoutout on their Facebook page. “We love Elephant Revival so much,” they wrote, “not just for their incredible music and conscious lyrics, but for their commitment to living up to the standards they set forth and setting positive examples.”

It’s a paradigm worth spreading, and that’s what Elephant Revival members intend to continue doing as they carry their music around the world, speaking one song at a time.

JL: What is the story behind your song "When I Fall"?
ELEPHANT REVIVAL: “When I Fall” is a song about transcending grief and loss. At some point, we will all lose someone close to us. In this case, I lost my teacher. The weight of loss can appear impenetrable, yet when we allow ourselves to truly experience grief, a feeling of lightness will ultimately pierce through the veil. We are all human, and at times in our lives, we will all inevitably fall. It is how we choose to rise that ultimately defines us.

JL: Why do you write music?
ELEPHANT REVIVAL: Writing music is, by all means, an emotional release. It is a healing process on so many levels.

JL: How do you write a song?
ELEPHANT REVIVAL: Comes about differently each time. Sometimes it’s straight-up workings of the muse. Often times it’s a piece of a melody heard or unheard in dreams. Sometimes it begins with the strum of a chord and an old lyric. The common thread is that it is a craft, and it takes focus and dedication.

JL: What are your fondest musical memories?
ELEPHANT REVIVAL: Busking on the streets of New Orleans. Listening to Sam Bush playing “Girl from the North Country” at Telluride. Performing with The Colorado Symphony at Red Rocks.

JL: If you could open a set for anyone, who would it be?
ELEPHANT REVIVAL: Paul Simon.

JL: Why is independent music important to you?
ELEPHANT REVIVAL: Because that’s what’s real, before there’s somebody in a suit and tie telling you what’s real.

JL: What is your advice to fellow independent artists?
ELEPHANT REVIVAL: Dedication to craft and perseverance through the gauntlet of the entertainment industry. Maintain Vision. Direct and Re-Direct your aim toward the goal. Live the dream, work hard, and remember to rest and reset when necessary.

JL: You released an album not to long ago, right?
ELEPHANT REVIVAL: Just happened...April 1st 2016.

JL: Have anything else you want to say?
ELEPHANT REVIVAL: I am Grateful. Thank you. 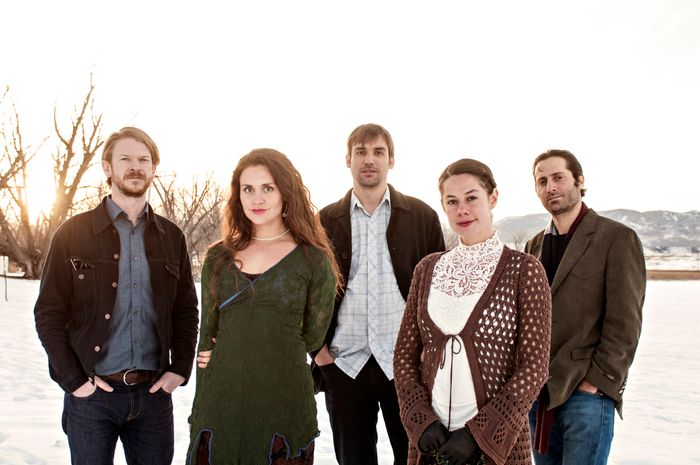