Donna Lynn Caskey is an innovative clawhammer “Banjo Gal,” as she is known, and so much more. A strong songwriter, her work simultaneously acknowledges life’s difficulties and offers a genuine message of hope. Her sound retains a timeless quality that hearkens back to traditional old-time mountain music and bluegrass while artfully exploring contemporary subject matter. Audiences appreciate Donna Lynn’s heartfelt, playful, and engaging stage presence and the opportunity to sing along during performances.

Donna Lynn grew up the youngest of ten children in a musical family on the Virginia coast. She attended college in the Blue Ridge, where she fell in love with and acquired her first banjo. She was awarded a scholarship to an intensive beginning banjo class at the John C. Campbell Folk School in North Carolina shortly before moving to California by train in 2001. Within months, she started writing songs and playing shows.

Donna Lynn’s debut album of original material, Nameless Heart, was released in 2014 to glowing reviews and widespread airplay on folk radio. She is currently working on her second recording.

JL: What is the story behind your song “They Go On”?
DONNA LYNN CASKEY: Shortly before Memorial Day a few years back, I was contacted as a “reminder confirmation" that I would be sharing music for a service marking the occasion that weekend. Trouble was, they’d forgotten to ask me in the first place as intended! I was offered an apology and the option to decline since it was such short notice at that point. It felt right to say yes, however, since the prospect struck a chord in my heart for a variety of reasons. My parents initially met on Memorial Day weekend back in 1953 and were married three months later. My dad had graduated from the Naval ROTC program at Ole Miss on Memorial Day a couple of years before that. Though my dad had retired from the Navy before I was born, I grew up in the Tidewater area of Virginia, where there is a large military presence.

It’s a common sight at the Norfolk airport to see families, loved ones, small children at gates with handmade signs, balloons, and flowers waiting for returning soldiers. Witnessing that often moved me to tears as it does now to write about it. I know my father’s deployments deeply affected my parents’ relationship and my family, too. So those were all seeds that symbolically took root in the first verses. I had the experience described in the third verse at the Atlanta airport once upon a time- everyone at and near a gate stopping, standing, and applauding as a platoon marched through on their way between flights. As far as the last verse goes, I know people who have been on the receiving end of the tragic news their loved one has died in the service. I also know a veteran and military chaplain who has been in the difficult position of delivering that news.

Before the verses and chorus even became clear to me, I had a sense of a marching, drumming rhythm, which I came to play on the drum of the banjo. I also had a moving experience recording this song in the studio. As I sang the lyric, “they go on and on,” I heard, “they go on, Anne, Don,” the names of my late parents. I could feel them with me and in the song. It was also a neat experience to receive the initial mixes of this song from Mark Hallman, who produced, engineered, mixed, and mastered the album. He sent me one version that consisted of my vocal while drumming on the banjo, which I liked. He sent me a second option where he had sung an added harmony on the chorus, and I got goosebumps. That's the album version.

JL: Why do you write music?
DONNA LYNN CASKEY:  I love making things and connecting with people through creative expression in general, writing and making music in particular. It feels like one of those things in life I need to do in order to thrive. Plus it can be a great deal of fun when it is clicking, though it can be plenty frustrating at times, too. That’s part of what makes it satisfying overall. I love encouraging others to create if they are longing to, even if they think they cannot. The arts, music, and writing can be such redemptive life boats. It still feels like magic to me that anything and everything can be material for artwork including the most difficult, painful things in life. I love how art has the power to transform pain into into something beautiful and helpful to others.

JL: What are your fondest musical memories?
DONNA LYNN CASKEY: The moment I first plunked out out a song on the banjo and realized I could make music was magical. I loved music, but thought it was for other people more talented than I to make. Heart-opening to realize I could make music, too. It still feels that way sometimes when I figure out a song that seemed so complicated and inaccessible, or a final lyric and arrangement fall into place after hours and days of working with it.


JL: If you could open a set for anyone, who would it be?
DONNA LYNN CASKEY: Iris DeMent- Her music moved me the first time I heard it on the radio over 20 years ago, as has been true the times I’ve heard her live and when I listen to her recordings today. I feel a kinship with her songs.

JL: Why is independent music important to you?
DONNA LYNN CASKEY: Everyone has a voice. Wonderful we have technology now that makes it more accessible for people to share their distinct music and art to a wider audience- even without ever leaving home. There is so much talent and beauty that would go under the radar otherwise.

JL: What is your advice to fellow independent artists?
DONNA LYNN CASKEY: There are people out there who will absolutely love what you uniquely have to share and offer, but who don’t know about you yet. Find ways to make the connection. Thanks, Jesse, for offering this platform to connect.

JL: You are working on a new album, right?
DONNA LYNN CASKEY: I'm finishing up my second album, The Love Still Shows, with producer Ed Tree as we speak. Folks are invited to sign up for my website mailing list and connect on social media for updates on the upcoming release.

JL: Have anything else you'd like to say?
DONNA LYNN CASKEY: Seems like I’ve already said a lot- thank you! 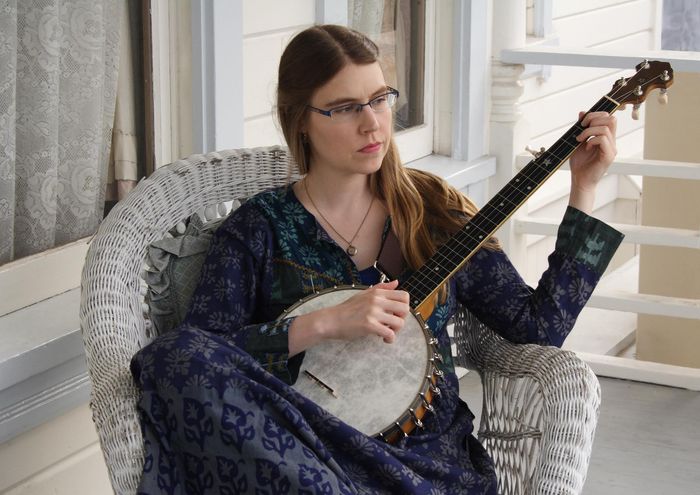