[Crys Matthews] sounds like how a glass of iced tea tastes: familiar, comfortable and refreshing...Fans of Tracy Chapman and Ani DiFranco will find plenty to love with this album, as Matthews shares her gifts of telling simultaneously intimate and relatable stories, all while continuing to refine her own unique brand of R&B folk." - Rachel Shatto (Curve Magazine)

Crys Matthews blends Americana, folk, jazz, blues, bluegrass and funk into a bold, complex performance steeped in traditional melodies and punctuated by honest, original lyrics. Having been compared to everyone from Toshi Reagon to Tracy Chapman to Ruthie Foster, Matthews’ eclectic infusion of genres has won her honorable mentions at the 2013 and 2014 Mid-Atlantic Song Contest and extensive radio play from Woman of Substance radio to WTJU-Charlottesville and WMRA-Harrisonburg to KBOO-Portland.

When Matthews entered a talent show at Appalachian State University on a whim in 2002 with the first song she ever wrote and won first place, she never expected to one day be performing with artists she used to listen to on her iPod, such as Melissa Ferrick (Out/Loud 2009) and the Indigo Girls and Dar Williams (Folkfest St. Pete in 2010). Matthews has also shared stages with several regional artists such as Owen Danoff and Eliot Bronson. Matthews’ festival and showcase roster has included SXSW, the 40th Michigan Womyn’s Music Festival, Folk Alliance International, 30A Songwriters Festival, and many more.

A prolific lyricist and composer, Matthews has found inspiration in her surroundings; from driving through the Blue Ridge Mountains to the compelling and heart-breaking love story of Richard and Mildred Loving. Thoughtful, realistic and emotional, Matthews’ songs speak to the voice of our generation and remind us why music indeed soothes the soul.

LISTEN TO THE FULL SONG HERE

JL: What is the story behind your song "Written In The Stars"?

MATTHEWS: Written in the Stars is about three fairly well known couples: Tristan and Isolde, Jackie Robinson and his wife Rachel, and Johnny Cash and June Carter Cash. It's about how love might look different, but really is fairly universal. We all want to be good to someone and have someone be good to us.

MATTHEWS: "Music is a universal language, and truly the greatest of the arts." It is sometimes difficult for me to say what I'm thinking or feeling, but when I'm writing a song it is so much easier to do. It's free therapy for me, but more often than not it turns out to be free therapy for someone else as well. They've gone through something similar, or they know someone who needs to hear that song, etc. And so I write.

JL: What is your fondest musical memory?

MATTHEWS: The day I received an invitation to perform at the Michigan Womyn's Music Festival — that had been a dream of mine for a while and so to go invited on the 40th anniversary year was amazing. Also getting to play the 30A Songwriter's Festival twice. I think most songwriters are a little insecure about the stories we tell and the way we choose to tell them, i.e. is it too rhymy, is the story too trite, am I making any coherent sense at all, etc. So to get to share stages with the likes of Graham Nash, the Indigo Girls, Liz Longley, and so on was a huge deal to me.

MATTHEWS: It's like the difference between orange juice and organic, fresh-squeezed orange juice: there's something about knowing something tastes that good all on it's own that makes you appreciate the deliciousness more. I think of indie music as the organic juice — it's not picked apart and pieced back together to be impossibly flawless. You hear the pain or joy in those little vocal cracks or pitch bends, etc. With music, what you feel is what makes what you hear so poignant — there's just something about knowing someone just naturally makes you feel those things without a lot of bells and whistles.

JL: What is your advise to fellow independent artists?

MATTHEWS: Manage your own expectation of what 'the struggle is real' actually means, so that you don't let a couple of hard days or weeks or months keep you from doing the only thing that will actually make you happy.

JL: Aren't you working on another release? Will it be available soon?

MATTHEWS: Probably not until 2017 — I have released five projects in less than four years. I want the next one to be my best, which will naturally make it ridiculously expensive. I want to put that money and energy behind my best songs and, since I keep writing, I think it's best to give myself time to be very thoughtful and deliberate about what I release next.

JL: Want to give a shout out to anyone?

MATTHEWS: The fastest way to enable indie artists to put out new music is to buy all of the old stuff! Look for Crys Matthews on iTunes, Amazon, Google Play, and more, or visit www.crysmatthews.com 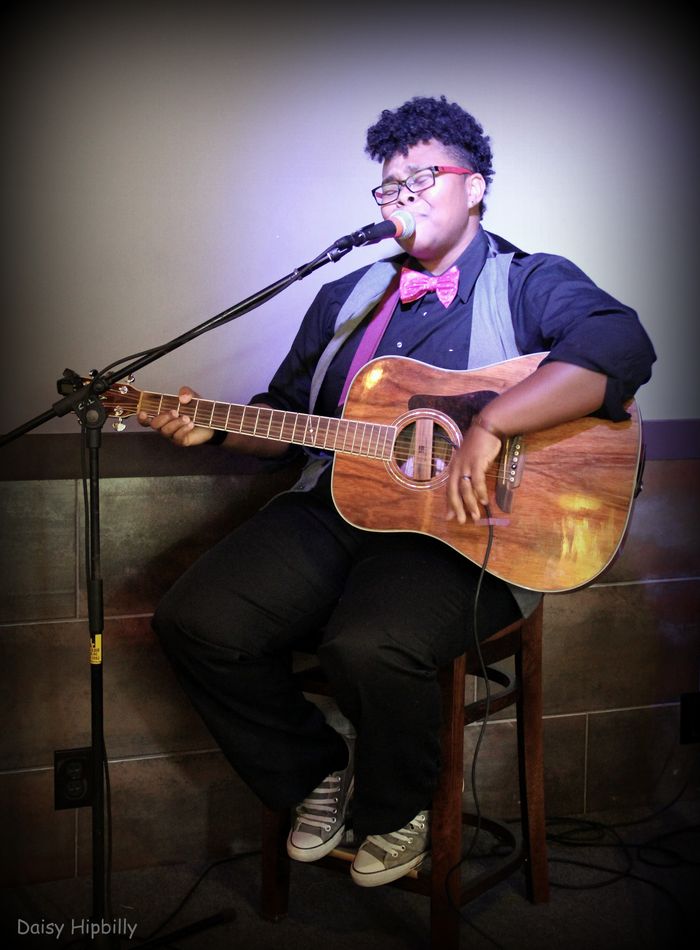