“If you don’t have a soul child, you’re gonna have one by the time we’re done.” Jess Strantz, the founder and main vocalist of Von Strantz, declares between songs to the audience and band surrounding her. She exchanges glances with Kelsey Horton, violinist and multi-instrumentalist and then winks at the crowd.

Von Strantz writes music, as Jess will say, “created for real depth and real community . . . what’s important is that we be humans and love each other.” The sound of Von Strantz is described simply as folk n’ roll, akin to the tradition of Over the Rhine and the sacredness of The Vespers; the instrumentals stir the soul much like Mumford and Sons. Utilizing a variety of instruments such as the mandolin, violin, bass, and cello, Von Strantz unites harmonies strung together by commanding and soulful lyrics. With story-sharing as their passion, Von Strantz invites their audience into the emotion of each piece. Von Strantz is storytellers, an ebb and flow of two different musicians, exploring the dark and emerging with hope.

J: What is the story behind your song "Cigarette Smoke"?

VS: I was so restless one cold winter's night and I couldn't sleep because I was so deeply bothered by the weight of my guilt. I got up from my bed and went to the bathroom and sat on the floor, the warmest spot in my house, and began writing & shortly after grabbed my guitar and started writing the chorus to "Cigarette Smoke". Brene Brown says " When we define the story it defines us, when we own the story we can write a brave new ending." This song is really about that. Owning up to my mistakes and learning how to write a new ending.

J: Why do you write music?

J: What is your fondest musical memory?

VS: We were playing a musical festival, Sounds By South Bend in the early summer of 2014 and it was the last night of the fest, we were performing the main stage. I had messaged all our friends in the bands that had performed over the course of the week & invited them all to join us on stage for the last song. So the stage filled up with all our musical friends, and the crowd got super involved and everyone sang the song with us. It was super magical, and you could just feel the energy and love from the stage and with the crowd. It was such a beautiful moment. Love when stuff like that happens. Hearing a whole room sing together & having your friends on stage with you, There's truly nothing better.

J: If you could open a set for anyone, who would it be?

VS: Currently, it would have to be Beck. WE WOULD LOOSE our minds.

J: Why is independent music important to you?

VS: We love being kind of music and art we want to make. We love being able to choose who we are working with. We live in such an exciting time to be independent musicians. We actually get to be close to our fans and make music and art and deep connection with them because we have access to everything we are doing.

J: What is your advise to fellow independent artists?

VS: Never give up, even on the days you feel like you've hit a dead end. Find ways to rest and refuel your creativity and do whatever you can to remember why you fell in love with making music in the first place.

VS: Thank you so much for taking time for us! We are hitting the road and playing a ton of shows this year! Make sure to find a show in a city nearest you by visiting our website. We would love to meet you and hear your story! 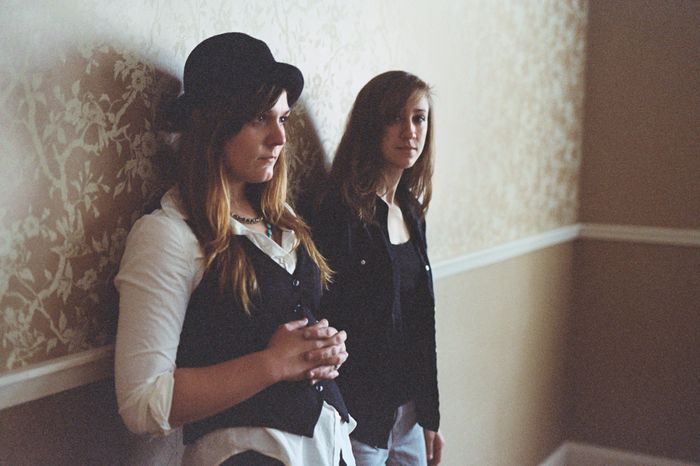