A roots balladeer with a rare personal warmth, Canada's Scott Cook has managed to distill the stories collected over a decade of near-incessant touring across Canada, the USA, Europe, Asia, and Australia into straight-talking, keenly observant verse.  His fourth DIY release, One More Time Around, was nominated for a Canadian Folk Music Award, and its opening track "Pass It Along" won the Folk and Acoustic category in the 2013 UK Songwriting Contest, with UK magazine Maverick Country naming him "one of Canada's most inspiring and imaginative storytellers".  He released his fifth album, Go Long, in the summer of 2015 and is embarking on another around-the-world tour in support of it.  All the hard miles notwithstanding, he still believes that songs can change your life, and your life can change the world.

Q&A
J: What is the story behind the song you submitted?
S: "Pass It Along" came out of a conversation with an Australian friend and fellow songwriter named David Ross MacDonald, who plays an 80-something year old guitar.  He was telling me that he'd had some work done on it, and when he got it back out of the shop, he felt like it had actually lost something in the process of being fixed up.  He seemed pretty bummed about it, so I said I was sorry to hear it, and he said "you know what?  I'm just borrowing this thing from the next guy anyway".  That stuck with me, and eventually grew into this song.

J: Why do you write music?
S: I write music because I want to.  Always have.  But nowadays I also try to reach other people where they are, try to open hearts, and engender compassion.  Seems to me that's a worthwhile goal to dedicate my life to.

J: What are your fondest musical memories?
S: Whenever the magic arrives during a show, that's the best.  Oh, and when somebody else covers your song.

J: If you could open a set for anyone, who would it be?
S: Greg Brown.
J: Why is independent music important to you?
S: Because it's got more room to move, to speak about real lives.

S: My advice to struggling singers is to quit.  But if there's no way you're gonna take that advice, then don't ever quit.  All the doors should open eventually if you just don't go away.
J: When is your next release?
S: I just released an album called Go Long in June of 2015, so I expect I'll release another in the summer of 2017. 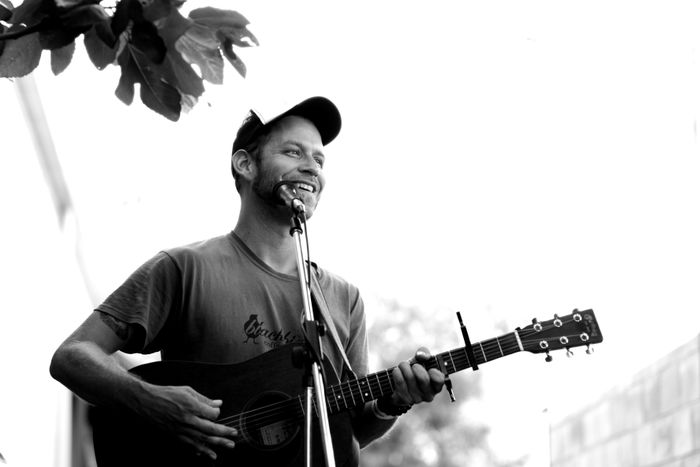