Piper Hayes | Toronto, ON, CAN

Toronto soul-folk singer, songwriter and performer Piper Hayes has captivated audiences with her truly authentic live performances; she is a one woman party and her evocative yet powerful voice will take you to other dimensions. She released a full-length live album in 2013 called ‘Live In NYC’, and now her latest, a four-song EP and debut studio recording, ‘Ain’t Nothin’ Like...’ (September 18, 2014), is her most personal effort to date.

Q&A
J: What is the story behind your song "Love Song"?
P: I actually have a blog on just this subject…it’s a pretty good story so had to give it the space it deserved….http://pipersings.com/love-song/
J: Why do you write music?
P: Apparently I’m good at it lol. In 2011, I started writing as a way to offset the feelings I had when working with directors who made it very difficult to feel heard and acknowledged. I realized I am full of good ideas surrounding art, structure, composition, and intention. I am the person that critiques every single thing, because that’s how I learn. Writing is still therapeutic for me, but now it is also about getting my voice, and I don’t just mean melodies and vocal harmonies, but my beliefs, my ideas, and my stories out there and effectively creating change. Music has the power to heal; this is why I write.

J: What are your fondest musical memories?
P: Hmmm this is a super tough one as almost all music memories are fond. I gravitate to telling you something from my childhood even thought nothing specifically pops out. I could start with a principle we once had in elementary school who wrote, directed and put up musicals for kids. We did Pollutoid, a story teaching kids about pollution; The Lion The Witch and The Wardrobe, musical theatre style, I was a reindeer; Food for Thought, to teach kids how to eat healthy; and The Pied Piper, which I was in the running for the title role, but in the end played the last rat! These were some magical moments, where I had no idea I might be a musician down the road. I always loved performing, but until a couple years ago I didn’t fully realize the pull it had on me and life doing anything else would be a life less lived.

J: If you could open a set for anyone, who would it be?
P: Nina Simone…I know she’s not around anymore, but I can’t think of anyone else. She is not only absolutely incredible, but she stood for something and was way ahead of her time. The honour of opening for someone that beyond, would send me over the moon.
J: Why is independent music important to you?
P: Well it’s important because it has the potential to allow self expression to continue happening without interference. You don’t have to have a lot of money and you don’t have to rely on almost anyone else to get your voice out there.

P: I would say find your people. Something I am still and will always be active in searching for. Don’t waste time on the ones who don’t get you, or wanna work with you, support you, or otherwise. Find the ones you feel inspired by and are vice versa inspired by you. That’s how you will grow and create better more fulfilling art. Oh yeah and don’t do things for free unless you feel you are able to maintain your own integrity…exposure doesn’t pay bills and we all have to live in this world. 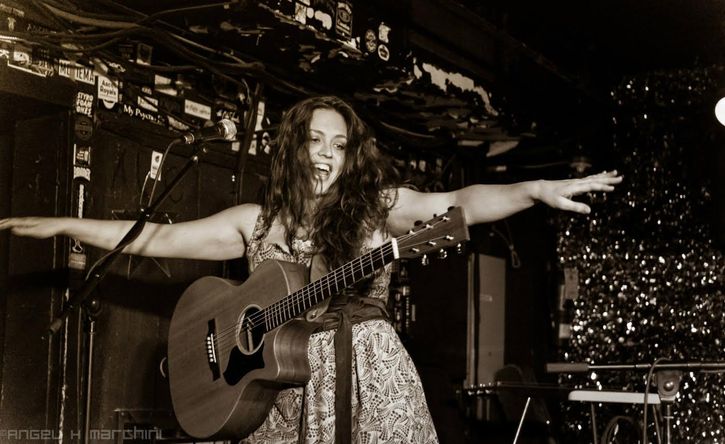