Following the September 2014 release of his third studio album “Esk” (which landed at #7 on the Australian Independent Record Labels Association’s Album Chart and #17 on The Au Review’s list of the Best Australian Albums of 2014) and the success of its first two singles “The Joneses” (co- written with Josh Pyke) and “Be Like The Water”, Jack embarked on an extensive 37-date album launch tour of Australia and New Zealand.

The tour traversed a diverse range of venues from the Wellington Opera House to Launceston’s “Royal Oak Hotel”, in a wide variety of cities from Perth to Te Awamutu. With every show Carty further-cemented his hardworking reputation and his ever-growing, very vocal fanbase.

It may have been almost five years since his unassuming arrival on the Australian music scene, but it’s certainly not been time misspent. Jack has released three full-length albums (2011’s One Thousand Origami Birds and 2012’s Break Your Own Heart accompanying 2014’s Esk) along with two E.P’s, had songs on soundtracks, toured endlessly both nationally and internationally, written and sung with well-loved contemporaries including Josh Pyke, Katie Noonan and Dan Wilson and consistently picked up the kind of critical acclaim that only honesty in art affords.

On that front, Esk is no exception. It’s a record grounded in ideas of process and time. An album of imagery, mood, groove, grit and the kind of lyrical turn of phrase that has won Jack a dedicated and vocal fan base across Australia and the world. From the rolling, dark and hauntingly dynamic And The Ass Saw The Angel, to the hopeful, melodious invocation of The Universe (written and sung with Katie Noonan). From Honey, Do You Know The Way Back Home’s 70’s groove cradled melancholia, to the swelling string lines of My Replacement. This is an album as dynamic as it is cohesive, as venturesome as it is reflective and as playful as it is poetic.

Carty explains: “I wanted this record to be more collaborative from the start, whether that was in the writing of the songs, or the way we approached the recording sessions. I think you can hear that in it's scope. For the most part Esk is outward looking, whereas a lot of my previous work is introspective."

After a brief pause to finish off the Christmas leftovers, Jack set out to spend the first 8 months of 2015 on the road, travelling with Ingrid Michaelson and Darren Hanlon, playing sold out shows of his own across six states and embarking on his first ever European tour across The U.K, Germany, Italy, Sweden and The Netherlands.

Q&A
J: What is the story behind the song you submitted?
JC: It’s a jilted love song and it comes from a real thought I had one day about what happens to all the love people have inside them if their affections arn't reciprocated. It seems to me you can either direct it outwards and make something productive and creative from it, or you can wallow in it and let it drown you from the inside out.
J: Why do you write music?
JC: It helps me to clarify things in my jumbled up mind and get some kind of grip on the modern world.

J: What are your fondest musical memories?
JC: I love the whole thing. Touring Europe this year was pretty special.

J: If you could open a set for anyone, who would it be?
JC: I think it would have to be Neil Young - you may as well go big on these sorts of questions.
J: Why is independent music important to you?
JC: Most of the music I love and listen to today is from independent artists or artists who came to prominence through independent labels. It’s so important to have the space to create honestly without some A&R guy standing over you chanting “Less Art More Chart” and (when it’s done right) the independent music scene can provide the community and the means to support that.

JC: Pack light, create honestly and remember why you are doing what you are doing.
J: When is your next release?
JC: I’ve just come off a solid years worth of touring for my 3rd album “Esk” and I got married last month, so for now I am enjoying working on new music with no solid release date attached. It will be sometime in the new year. 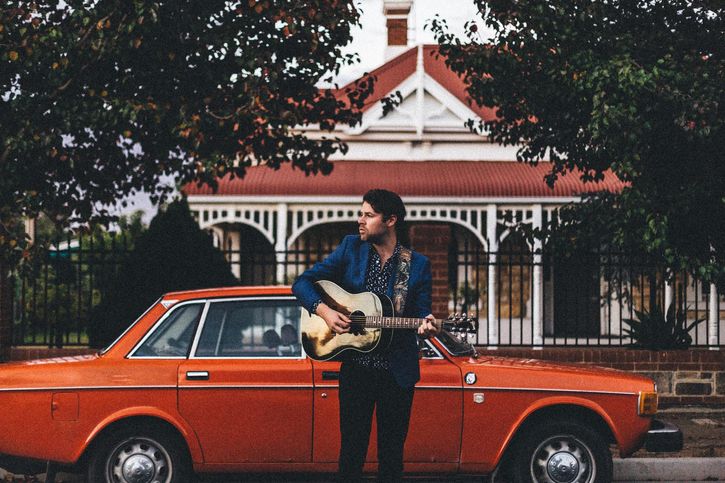