It used to be that a typical day for Faith Evans Ruch was full of heart beats, medical charts and newborn babies. In the summer of 2011, the registered nurse decided to give in to her muse, pick up a guitar and pour out her heart. Two years later, she released 1835 Madison – dubbed "too good to be a debut" by internationally published music critic Silver Michaels, the record announced Faith Evans Ruch's arrival on the musical map.

It was at an early age that Faith was first charmed by the evocative nature of even the smallest lyrical line or chord. Though she dreamed of playing guitar, she only briefly took piano lessons and mostly confined her artistic expression to private poetry. Later, after moving to the secluded mountains of Montana, she sought out a songwriting class to help hone her skills further and seriously study great songwriters.

"Emmylou did it for me," she says. "Rolling down the mountain listening to ‘Orphan Child’ or her duet with Linda Ronstadt on ‘The Sweetest Gift’ was pure inspiration. I just connected with that raw emotion. And John Prine's ‘Angel from Montgomery’ captured me – just the power and simplicity of a guitar accompanying that gorgeous bit of poetry."

It was that same emotional fire that led Faith to revisit her dream of playing guitar just one year into her nursing career. Determined to finally learn to create music to accompany her private lyrical vignettes, the burgeoning songstress played day and night until her fingers bled – “so I'd know I was working hard enough," she says with a smile.

Soon thereafter, inspiration arrived in spades. Through relationships with friends in the local music scene, Faith took the opportunity to perform her newly penned break up farewell, "Your Soul." The blue-eyed swing ballad lays Ruch bare in the aftermath of a relationship fading before her eyes. The autobiographical song neatly summarizes her tale: I learned guitar so I could play/the words my lips would never say.

Ruch learned to play plenty more over the next few months – she’d found her voice, emboldened by catharsis. Armed with a newfound confidence and a fresh batch of songs, Faith booked time at Music+Arts Studio to record. With producer Kevin Houston (North MS Allstars, Lucero, Patty Griffin) at the helm and session players like Luther Dickinson (North MS Allstars, Black Crowes) and Rick Steff (John Prine, Cat Power, Lucero), the 11 song set glides gracefully across the hills and valleys of the South's sonic spectrum. Heavily influenced by her classic country roots, songs like "Too Stupid to Cry" ring with a world-weary wisdom, while lead single "PBR Song," with its easy melody and lilting horn lines, recalls the best moments of Cat Power's "The Greatest.

In the months that followed the release of 1835 Madison, Faith got on the road, sharing her songs in dive bars from Nashville to New Orleans. It was during that time, alone with her guitar as she had been in the beginning, that Faith began writing the songs and discovering the vision for her sophomore release, a 10” vinyl EP called After It’s Said & Done.

Recorded over just two days at Music+Arts Studio with Kevin Houston, After It’s Said & Done is raw, intimate and sparse – “it allows the listeners to feel what I felt when I wrote these songs,” Faith says. The growth from 1835 Madison is evident: Faith has paired her most mature songwriting to date with an evocative, vulnerable vocal performance. The EP’s title is open for interpretation, but one thing is certain – Faith Evans Ruch is just getting started.

Q&A
J: What is the story behind the song you submitted?
F: Have you ever felt lost, like you don’t even know yourself anymore? You try to find yourself in all of the wrong places and you feel so alone in the process. I wrote “Rock Me Slow” as I reflected on times in my life when I have felt that sense of loss of self and internal disconnection, when I’d turned to everyone and everything else just trying to find some sense of comfort, belonging, and peace. In those things, I found no answers, and only more confusion and loneliness. I remember nights, when all else had failed, and I’d resort to the most basic form of self soothing—just rocking myself to sleep through the tears in the dark of my room, telling myself that somehow it would all be ok. That’s what the song is about; holding ourselves together through the hardest, loneliest times.
J: Why do you write music?
F: Writing music is first and foremost for myself. It’s therapy, whether it is an escape from the real world or a deeper exploration of self. It allows me to purge my emotions and it allows me to use my imagination. I first fell in love with music because it made me feel and was relatable. When my music can do this for other people, that’s just a plus.

J: What are your fondest musical memories?
F: I tend to give too many answers to these types of questions, so I’m going to limit myself to 5 (which is probably still too many, but I can’t help myself).

1.        Every Monday night open mic night/pint night at the old Dublin House bar on Madison Ave. It was the first place I ever played out in public, and it was where all of my friends got together weekly and shared our new songs. I spent a solid 2 years at least of Monday nights there until it closed a couple years back. Never found another open mic quite like it and I credit that bar with some of my best musical and personal memories.

2.        The day that Luther Dickinson of the North Mississippi Allstars came into the studio and played on my first album. I was completely starstruck and I’m pretty certain came off as a giddy, weirdo. That’s ok though, I couldn’t help myself—I mean, have you listened to his music?

3.        Touring England for a week this past May. It was my first time in the UK and my first overseas tour so that experience pretty much speaks for itself.

4.        The time I couldn’t afford pet boarding and took my two cats, Lucy the Goose and Dirty Diana, on a week long mini tour with me across the South. They were champs hitting a new city each night. I refer to that tour as Tour de Chat.

5.        The time I got booked to play on a trolley driving around downtown Memphis on a Saturday afternoon.


J: If you could open a set for anyone, who would it be?
F: Wow, you win the hardest question asker award. Ummm….I’m gonna go with John Prine. If you’re reading this John, I’m your girl! ;)
J: Why is independent music important to you?
F: We already live in a world where major corporations and markets control many aspects of daily life. I think it’s beneficial to the artist to be able to keep their music close to them in the sense of writing, production, distribution in order to set the tone for their own branding and marketing and mold how they want to be perceived as an artist.

F: Stop comparing yourself to other artists. It’s much easier said than done, and I’m partly saying it to remind myself as well. It’s more natural to just be yourself and mind your own business when it comes to your creativity, which will make your music more unique.
J: When is your next release?
F: I have a double single coming out February 26, 2016. The two songs, “Thank You” and “Sugar”, are being recorded this month at Royal Studios by producer/engineer, Kevin Houston, and will be featured on my next full length/full band album slated for late 2016. 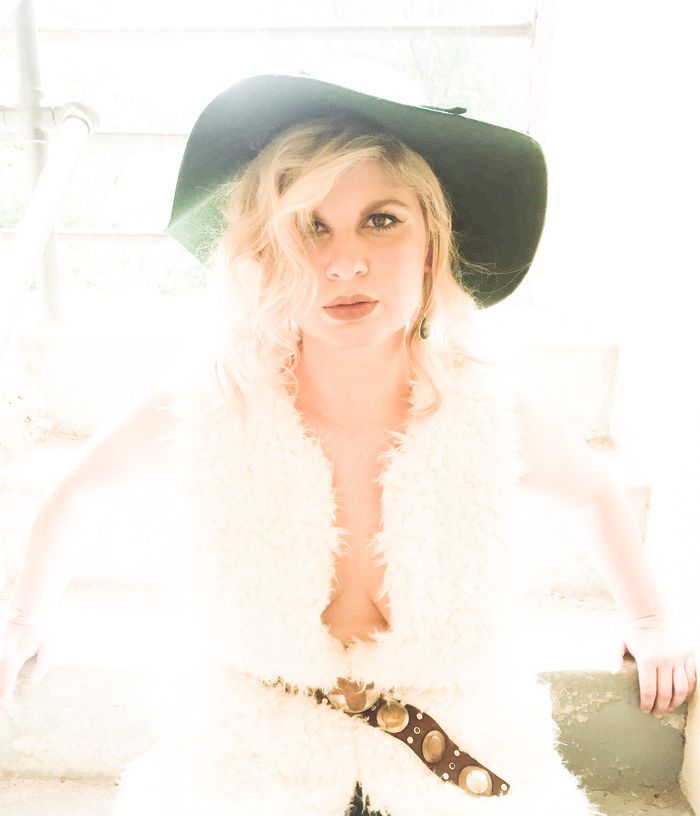