Emily Donohue is a singer/songwriter hailing from Bainbridge Island, Washington. She started singing at an early age, but it wasn't until teaching herself guitar during her freshman year of college that she truly began to explore life through lyrics. She is a self-taught multi-instrumentalist with large repertoire of heartbreaking original songs; the deeply personal, yet universal messages in her songs resonate with audiences of all kinds. Her songs are an intriguing blend of jazz, pop, and folk and her lyrics are an intensely vulnerable look into her life. Donohue’s voice is frequently held in league with Norah Jones, Billie Holiday, Adele, and Florence Welch, and her lyrics are heavily influenced by musicians of the Pacific Northwest whom she grew up listening to (Elliott Smith, The Shins, Band of Horses, Fleet Foxes, etc.).

Currently living in Seattle, Washington, Donohue draws inspiration from the majestic scenery of the Pacific Northwest.

Q&A
J: What is the story behind your song "I Don't Know How To Love You, Darling"?
E: The song I submitted is the title track off of the EP I released in June. It was one of the first songs I wrote on the piano, and it was a blast to record. The message in the song is something that I think resonates with a large audience – sometimes we want to love someone or something, but we simply don’t know how to. In my experience, communication barriers can be a huge issue in relationships, romantic or plutonic, and this song was a way of trying to address that. At some point, everyone has trouble articulating what they want or need from themselves and others, and at the core of it, that’s what the song is about.
J: Why do you write music?
E: My music is typically very personal and cathartic; it’s a healthy way for me to work through life and the quandaries associated with it. That being said, I try to be mindful of writing in a way others can relate to. For me, music has been a coping mechanism – not just writing and performing, but listening. There are certain songs or albums that are so viscerally intertwined with where I was, emotionally or physically, that I can’t help but be transported back to the moments I was listening. I would love to be able to be that for someone else. Music is truly magical in the way it connects people who would otherwise be strangers. Of course, this is something I struggle with, given that my songs tend to be about my private life. It’s a weird balance between honesty and narcissistic, unnecessary voyeurism.

J: What are your fondest musical memories?
E: My fondest musical memory was the night I saw Band of Horses on their “Infinite Arms” tour. It was a really life-changing moment. I can't really explain what it was, but the energy in the room and coming from the stage was absolutely intoxicating. If I were to pick a moment in my cognitive life that I knew I wanted to pursue music in a serious way, it was that night. One of my own personal favorite musical moments came a few months ago, while I was recording the Phosphorescent cover on I Don't Know How to Love You, Darling. I usually have a terrible habit of getting too neurotic about imperfections in my performance, but that song came really easily. We recorded it in one take, and it wasn't perfect by any means, but that's part of the reason I loved the original version of the song -- Matthew Houck's delivery is so visceral that it transcends any technical deficiencies in the recording. It felt like an authentic interpretation of a song I greatly admire and I am really proud of the way it came out

J: If you could open a set for anyone, who would it be?
E: I would love to open for Tobias Jesso Jr. at some point. His debut album, Goon, was fantastic, he’s reportedly written a song off of Adele’s upcoming album, and he is definitely an artist I would love to work with, if possible.
J: Why is independent music important to you?
E: Independent music is important to me, because I am a hopeless romantic and I want to think that an artist doesn’t need the giant media machine to connect with fans. This is obviously highly idealistic, but I do still think it’s possible for a musician to be honest about who they are and what their songs mean without having to dilute that in order to be successful in the traditional sense.

E: I don't know that I am really qualified to give advice to other artists, but if I must, it would be to join the local community and build relationships with other artists. After years of making YouTube videos, but being too afraid to perform live, I decided to push myself to start playing open mics last summer. I was fortunate enough to meet another artist, Arthur James, shortly thereafter who became a phenomenal mentor and friend. We formed somewhat of a "collective" with other artists we'd met by chance or through various open mics and performances, and more artists are joining as time goes by. It really started as a way to get a bit more momentum and support from other people who understand the struggles of being an "up-and-coming" artist. In a city like Seattle, where there is such a saturation of talented artists, I think it's important to band together (no pun intended) and support each other's success rather than view each other as competition.

J: Didn't you just release new music?
E: I am working an a collaboration with another Seattle artist, Arthur James, right now. I am hoping that will be out in November, then I am planning to head back into the studio in December to work on some more solo material. 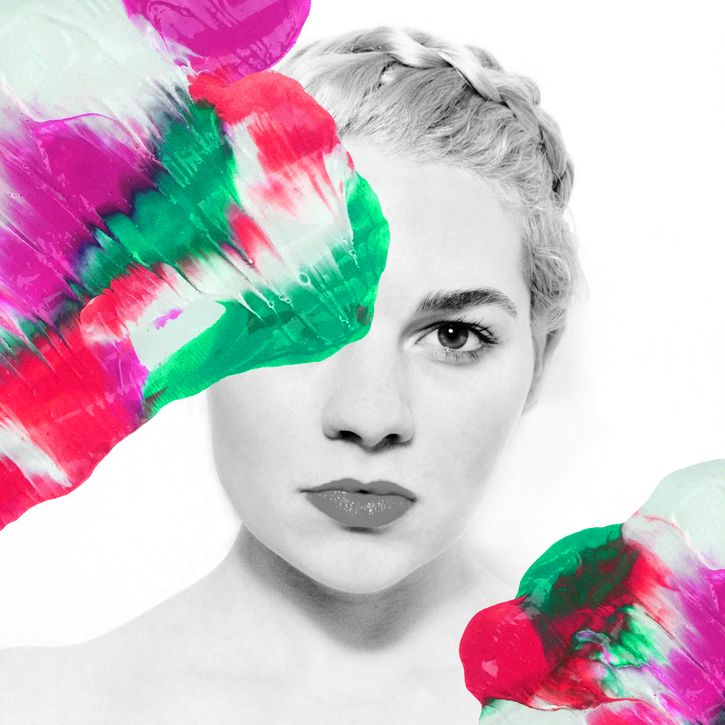